Slap Fighting is now officially a sport in Nevada. As the name suggests, Slap Fighting is a combat sport involving two opponents taking turns to – you guessed it – slap each other in the face. They stand at arm’s length and take turns going at each other with open palms until one of them either surrenders or loses consciousness.

The sport has its origins in Russia and gained popularity worldwide during the COVID-19 pandemic through videos of slap fights going viral on social media. The early adopters on a larger scale were the Polish, who started the PunchDown League. The league was adopted for American markets in February this year under the brand Slap Fighting Championship, with the backing of names such as Arnold Schwarzenegger and Logan Paul, and has already run several events in the country.

The Nevada Athletic Commission (NAC) has now greenlit the entry of Slap Fighting into its jurisdiction. The decision came after Hunter Campbell, chief business officer of the Ultimate Fighting Championship (UFC) put forward a proposal at the body’s monthly meeting a couple of weeks ago.

With this approval sorted, UFC president Dana White has a venture in mind that is tentatively titled the Power Slap League, which could kick off as early as this month. This league will be backed by White and Campbell, alongside the Fertitta brothers of UFC fame, TV producer Craig Piligian, and the UFC’s ownership group, Endeavor.

It is understood that the venture has already run test events this year in Las Vegas with some measure of success. Critically, these were all held under the observation of the NAC and UFC, with robust rules and regulations for player safety. Safety was Campbell’s main point of contention when he pitched to the NAC, given the underground nature of the sport so far.

“We’ve spent the last year sort of beta testing this in a controlled environment to really test and see the dynamic of how this would function as an actual league and real sport,” Campbell was quoted as saying by MMA Junkie. “What we’ve found is that this is actually a skill sport that the participants, who are at a high level in this, are skilled athletes in. They train. They’re in good shape. They take it seriously, not dissimilar with what you see in MMA and boxing.”

With the NAC cognizant of these test events, the process is said to have moved smoothly as far as pitches go. The top brass are in agreement with Campbell about the need to regulate Slap Fighting and bring a degree of professionalism to it that is in line with the UFC.

As things stand, Power Slap League events are set to kickstart this month and will most notably be categorized the way professional fighting typically is – by weight. There will be additional laws and regulations added to it, such as restricted slapping zones and the use of protective gear for mouths and ears. With all this in place, Campbell has hinted that the event is likely to land a major broadcast partner in the lead-up.

We can expect to begin seeing slap fighting events featured at casinos throughout Las Vegas both on and off the strip in the near future. Only time will tell how much interest, betting activity and general excitement we’ll see around this newly sanctioned sport. 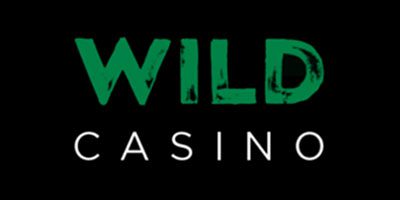 How to Play Casino Games

Enter your email below to get the latest bonus offers.